WHAT CRITERIA DO YOU SCREEN FOR TO FIND ATTRACTIVE INVESTMENTS?

Sustainable competitive advantages or a large economic moat are the first things we look for before making an investment in a company’s stock. We have learned in other sections that long-term investors enjoy the luxury to “pick their spots” and buy a stock they want for the long run when it happens to be particularly attractively priced (when it’s on sale). The valuations of stocks are attractive, in our view, when they meet as many as possible of the following conditions. Their stocks currently sport high free cash flow yields. Their return on invested capital (ROIC) substantially exceeds their weighted average cost of capital (WACC), and they make only prudent use of financial leverage. In addition, their superior free cash flow yield generally exceeds what some call the shareholder yield (the sum of the dividend yield and the buyback yield – the percentage of the company’s market capitalization that is being retired in a year through stock buybacks). In most cases, these companies’ yearly capital expenditures now exceed their annual depreciation charges. This essentially means the companies are reinvesting for future growth.

Other characteristics that we look for in companies include a great purposeful corporate culture and better than average corporate governance, a strong alignment between the interest of controlling shareholders (if they have them) and minority shareholders. The company’s culture is determined and maintained by the firm’s management. Thus, we also pay a lot of attention to who is running a company before deciding to invest in it. As we saw in the section on sustainable competitive advantage or economic moat, a strong management gives a company a better shot at maintaining (and perhaps even growing) its moat over time.

HOW DO YOU READ A COMPANY'S QUARTERLY REPORT, ANNUAL REPORT?

HOW DO I FORECAST REVENUES OF A COMPANY?

In its simplest form, using a company that only sells products and not services, future revenue can be calculated by multiplying the average selling price of the company’s product by the number of expected products sold. However, forecasting revenue isn’t that simple and can involve considering many different factors. For instance, Apple would see increased revenue if it sold its iPhone for more money per unit, but only if the number of phones sold didn’t decrease as a result of the price increase. Apple would love for both the price per unit and the number of units sold to increase, but these two things can move in opposite directions as people tend to buy fewer units as the price of that unit increases. Apple can also increase the number of units sold by expanding geographically. If it were to begin selling phones in a new country it hadn’t previously sold in, that would add revenue. There can be other offsetting factors too, however. When Apple first introduced the iPhone, iPods were quite popular, but when people began to buy iPhones, which included integrated digital music players, they began buying fewer iPods. This effect made it so that while Apple gained lots of revenue from the sale of its iPhones, it began losing its normal iPod revenue.

Companies can also gain additional revenue by taking market share from competitors. If, for instance, the number of smartphones sold in the world is 1.2 billion per year and Apple sells 50% of those this year and 60% next year, it will see a revenue increase, all else being equal. This means Apple sold 600 million phones (50% of 1.2B) this year and will sell 720 million phones (60% of 1.2B) next year. This is known as “taking market share,” as Apple essentially took a bigger piece of the pie by going from 50% of the market to 60% of the market. Another way a company can grow revenue is by being in a market where the market itself is growing. For instance, if the market (i.e, the number of smartphones sold) grew by 10% from 1.2 billion phones to 1.32 billion phones, even if Apple retained a 50% market share, it would still sell 10% more phones. Companies can also grow revenues through opening or building new stores, acquiring other companies, etc.

To forecast the revenues of a company, one must evaluate the industry, the company, and its competitors. Looking at a company’s revenue growth rate for many years is a good start. However, you must be careful not to assume that an abnormal period of time is in fact normal. For instance, Apple’s revenue growth rate was well over 10% per year since the early 2000s, and it even reached rates of over 50% after the company released the iPhone and iPad, but by 2013 Apple was a very large company with no new products in a long time, resulting in a growth rate of under 10% for the year. Had the analyst assumed that the company would grow revenue at 50% a year for countless years to come, he/she would’ve been in for a rude awakening. Another way to forecast revenue is to look at inventory. Should inventory be rising, if you believe those inventory units will be sold for good prices, you may forecast higher future revenue. In conclusion, forecasting revenue involves a lot of different variables, but a savvy analyst who has done his/her homework should be able to generate a good forecast in time.

HOW DO I FORECAST MARGINS OF A COMPANY?

Apple has the higher gross margin and why is that important?  Whether they charge a higher price or they have lower cost of goods sold can lead to competitive advantages over the long run.

Going a step further on the income statement you will notice operating margin.  Operating margin is a measure of profitability, how much of each dollar of revenue is left over after both cost of goods sold and operating expenses.  The operating expenses include payroll, sales commissions, marketing, transportation, travel, rent and other general expenses.  It’s likely easier to comprehend if you think about buying a pair of pants.  You are in the mall and want to buy a pair of pants that costs $50, that’s a nice pair of pants right?  They felt so nice you go ahead and buy them, did you know it only cost $20 to make those pants.  That’s the cost of goods sold right, $20.  Did you pay too much?  Let’s think about it.  After the company made the pants, they had to ship the pants to the store by semi-truck, someone had to unload the shipment of pants, the company pays rent to have a store in the mall, the store has employees who put the pants on display and sold them to you, a commercial was made to promote the pants and these operating expenses add up to $25 on top of the $20 cost of goods sold.  Leaving the company with a profit of $5 or gross operating margin of 10%.  Let’s play a matching game!  Match the company with the operating margin, first company is Walmart, second company is Facebook.

Company A has operating margin of 24%

Company B has operating margin of 5%

Hint, the secret behind Walmart is they offer the lowest prices on razor thin margins and can do it because they make up for it by selling more socks, shampoo, and cereal than any of their competitors.

Match the operating margin to the following three companies, Coca-Cola, Nike and Boeing.

Company A has operating margin of 8%

Company B has operating margin of 13%

Company C has operating margin of 25%

Boeing is company A, Nike is Company B and Coca-Cola is company C.  As you would expect the higher priced item would have a lower operating margin and considering the airplanes that Boeing typically sell have a price tag of $110 million dollars, earning the company approximately $8.1 million dollars per plane before taxes!  Not too bad.  The operating margins for Nike are 13% and Coca-Cola 25%.  Coca-Cola and Nike dominant their peers in respect to margins, as they have higher revenue and lower cost of goods sold.  When comparing both gross margin and operating margin, it’s important to compare companies in the same industry.

WHAT IS THE FREE CASH FLOW OF A COMPANY?

WHAT AM I TO UNDERSTAND FROM A COMPANY'S RETURN ON EQUITY OR RETURN ON INVESTED CAPITAL? 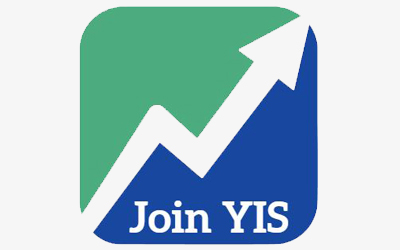