Mike Zisa, Board Member of Young Investors Society, was recently quoted in US News & World Report

Tim Olsen bought his first stock when he was 8. His parents set up custodial accounts for both of their children, believing that outside of a savings account, investing in stocks was the best way for their children to start building wealth.

Olsen started with PepsiCo (ticker: PEP) because it was relatable. “I started with three shares, and I vowed never to sell the stock because I’d be really curious over the long run to see how many more shares I could accumulate,” he says. (He now has more than six.) He knew he had time on his side.

With his interest piqued, he immersed himself in financial literature, reading Peter Lynch and Benjamin Graham and Warren Buffett’s letters to shareholders of Berkshire Hathaway (BRK.A, BRK.B). By the time he was 13, he authored the book, “The Teenage Investor: How to Start Early, Invest Often & Build Wealth.” With various gifts from grandparents and accumulated money, Olsen invested more in individual stocks – one of them being Keurig Green Mountain (GMCR) in 2002, which soared 2,600 percent before he sold it in 2011.

“I did very, very well, but I didn’t want all my investments in Wall Street tied to one company,” he says.

Then Olsen learned about index funds by studying John Bogle and plunged most of his wealth into the Vanguard Group. After graduating with a finance degree and earning his MBA, Olsen, 26, interned at a hedge fund, and worked at financial and commodity firms while still giving advice to young investors.

Some wonder whether allowing teens to invest in volatile stocks may turn them off from investing in the future. But experts say because teens have little exposure to financial education, the best way for them to learn is with either fake money or small amounts of money while time is still on their side, so they can take advantage of compounding interest. That means over time, they’ll be earning interest on their interest.

Consider exchange-traded funds and index funds. If you’re a teen, you probably want instant gratification, and you’re probably drawn to tech stocks like FitBit (FIT), GoPro (GPRO) and Facebook (FB) because they’re skyrocketing. But, “if you invest in an index fund, you can have exposure to all of those companies without chaining your fortunes to one investment,” Olsen says.

For diversification, his favorites are Vanguard Total Stock Market ETF (VTI), where he says younger investors should put about 55 percent of their investment. “They own stocks across the entire spectrum – small, mid-cap, and large. It yields about 2 percent, so you have an incredibly great exposure to the domestic stock market as a whole,” he says.

He chooses Vanguard because the majority of its funds “have extremely low expense ratios, which means over the long term, you get to keep more of what you invested. And really, one of the biggest predictors of long-term investment return is how much you pay in fees and expenses,” Olsen says.

Get a financial education. The rules of money have changed, and the more teenagers understand them, the better they will understand their investment power, risk and strengths. “I can’t stress enough, especially to teens, how important it is to invest time and energy into their financial education,” says Robert Kiyosaki, author of “Rich Dad, Poor Dad” and “Rich Dad, Poor Dad for Teens.”

“Regardless of age, there are always new things we can learn; ways we can get smarter and learn to make smarter decisions related to money and investing,” he says.

Some teens may want to dip their toe into investing before taking a deep plunge. For those teens, a good first investment might be something tangible. “I’d recommend they purchase a silver coin for an investment of less than $20,” Kiyosaki says. “This investment will do two things: give teens an asset that starts them on the road as an investor, and create an awareness for silver as a finite commodity.”

Teens might begin to notice how silver is used in electronics and many other consumer goods, he says, and open their minds to begin understanding markets and how news and technology impacts markets. In short, it will make them aware of all aspects of their new asset, Kiyosaki says.

Launch a business. Part of investing is determining market need. Bill Gates didn’t just miraculously make a computer materialize when starting Microsoft Corp. (MSFT). Entrepreneurial thinking could also include starting a pet-sitting business, offering lawn services to neighborhood homeowners or becoming a “consultant” to less tech-savvy adults for social media channels, apps and other tech needs, Kiyosaki says. “It will get teens thinking about unmet needs in our world and how the job of entrepreneurs – like Bill Gates, Steve Jobs and Mark Zuckerberg – is to see the future and its opportunities, embrace those opportunities as challenges and create business enterprises to meet them,” Kiyosaki says.

Invest in an interesting stock. This might be a good way to get teenagers interested in the market, although there is an added level of risk to investing on a stock-by-stock basis and not balancing your portfolio, says Lawrence Sprung, president of Mitlin Financial, based in Hauppauge, New York.

When his 11-year-old son declared that he wanted to invest in Walt Disney Co. (DIS), Sprung asked him to prove his case. His son noted how Disney was unrolling a new “Star Wars” enterprise, enlarging and redeveloping some of its parks, and that people from all over the world would head to Disney’s parks whether the economy was good or bad. “He made a strong case,” Sprung says. “So my point is that you can run that same exercise with a teenager and say, ‘Hey, look at the things that you utilize on a regular basis.'”

If teens had bought a share or two of the parent company of Candy Crush Saga, King Digital Entertainment (KING), “they might have had a heightened awareness or interest in the fact that, just last month, Activision Blizzard (ATVI, creators of ‘World of Warcraft’ and other hugely successful mobile games) announced it planned to acquire King Digital Entertainment for $5.9 billion,” Kiyosaki says. “They might find themselves watching how that sale would impact their share of stock and learn new things about markets and investments.”

Open a Roth IRA. One of the strongest assets working teens have is the ability to open a Roth individual retirement account and invest up to $5,000 per year into it, if they’ve earned that much, Sprung says. Gifts can also be used, say, if grandma gives $5,000, and teens have the income to offset it. (It doesn’t matter which money you use to invest, hers or yours.) “The best part about utilizing a Roth IRA is that the money grows tax-deferred. And when they take it out in retirement, it comes out tax-free. So it allows you to accumulate money more quickly than you would if you just put it in a savings account or another investment account because you’re not paying taxes on it as it grows,” Sprung says.

“Some companies, like Procter & Gamble (PG), are not exciting to watch as a stock – but they’ve raised their dividend, I think, for over 60 years, every year, like clockwork.” Zisa says.

The key is to keep reinvesting the dividends. “So that, every year, the dividend’s rising, they’re getting dividends, they’re reinvesting into more shares; more shares, more dividends … the power of that is amazing. It’s really not that hard to become wealthy,” Zisa says. That’s more appealing for a long-term investing plan than get-rich-quick methods, such as penny stocks or equities with a lot of hype.

“It’s really hard to make a boatload of money fast in the stock market. It sounds so easy because you’ll hear people say they made $80,000, $100,000 on this stock. But you can’t listen to people like that because you’re going to wind up getting greedy and losing,” Zisa says.

Zisa steers teens away from investing in tech stocks, warning them that they’ll need to diversify in case one sector crashes. He explains that if a stock crashes by 50 percent, it will need to increase by 100 percent to break even again. And regarding penny stocks? Too risky, he says. “Stocks that are under $2 a share are there for a reason,” he says.

To determine if a stock is risky, compare it with a more stable stock, such as Procter & Gamble or Johnson & Johnson (JNJ), and check out its historical pattern of dividends, he says. 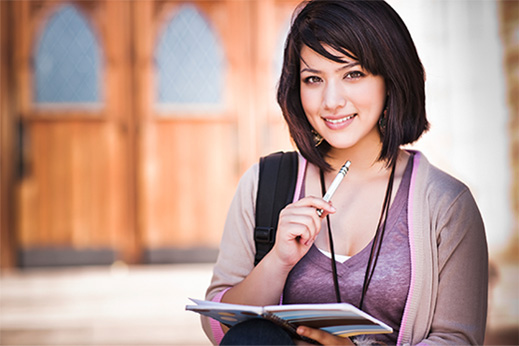 WHATEVER FLOATS YOUR MOAT Bigger is not necessarily better when it comes to digging an economic moat. It is... 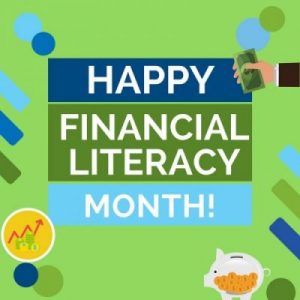 Give the Gift of Financial Literacy this April!

Give the gift of financial literacy by supporting Young Investors Society’s Financial Literacy Month Campaign! We rely on individual... 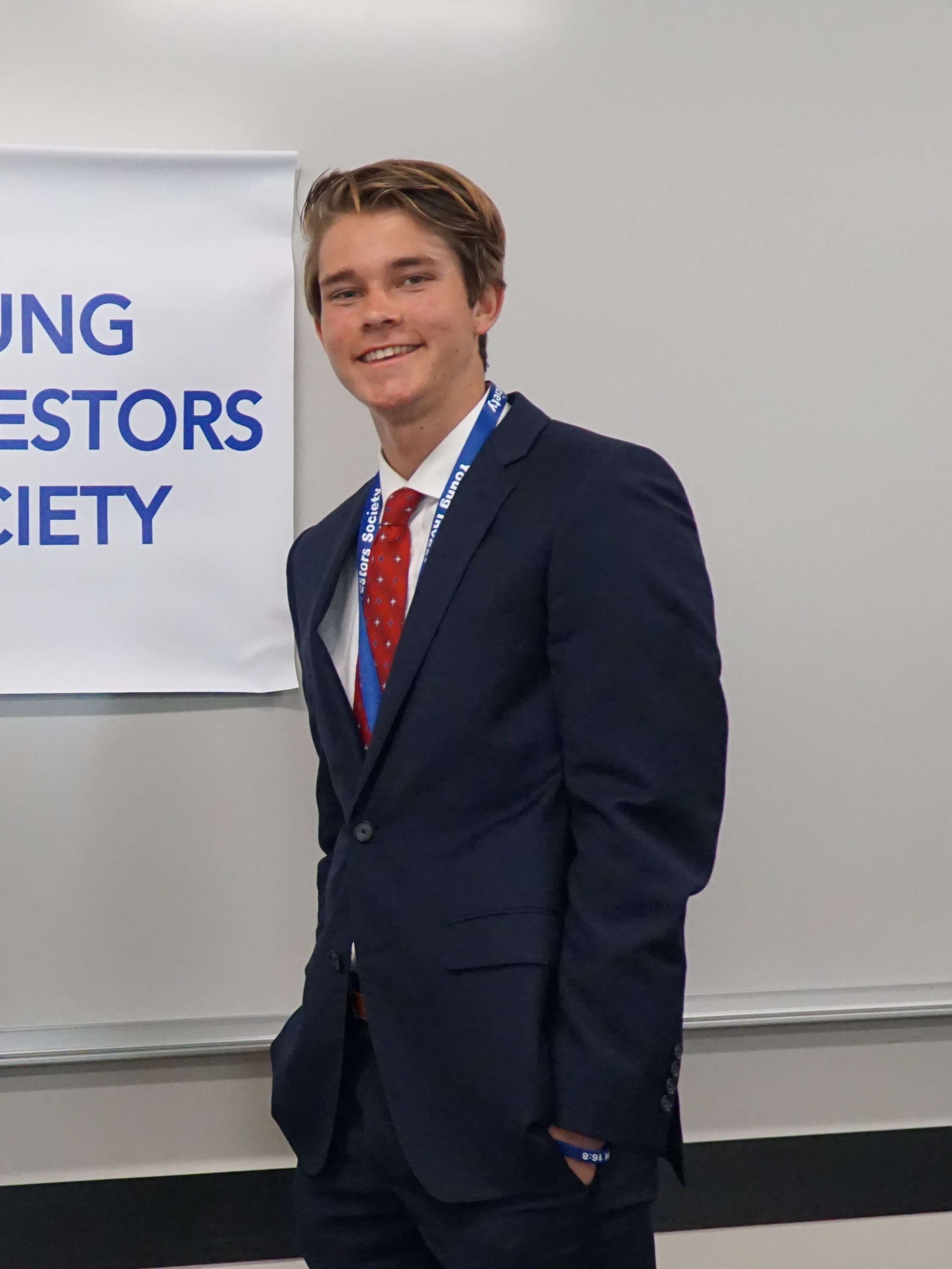 Gift the Gift of Financial Literacy this April!

Today marks the last day of Financial Literacy Month for 2019, and we are truly grateful for your support...